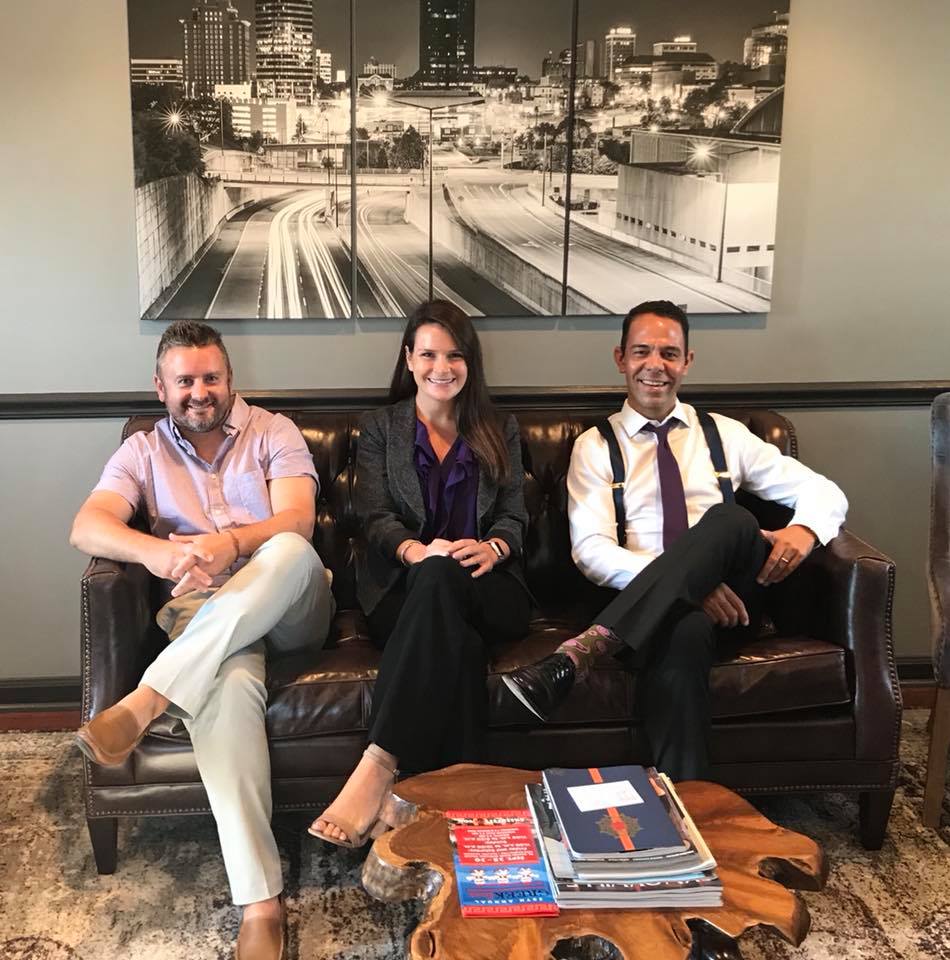 Landry & Azevedo’s primary goal is to provide dedicated and professional legal service to its clients that exceeds the typical service offered by competing firms. With an understanding that potential clients seek compassionate, confident, and dedicated professionals, our attorney’s strive to apply the highest standards and the utmost competence in client representation. Our attorneys have several years of experience in East Tennessee, litigating various types of cases, at both the state and federal levels.

Our founding partners, Dustin Landry and Mario Azevedo, previously served as senior associates with well-respected law firms in the Knoxville area, and they possess over 20 years of combined experience in their respective areas of practice. Dedication to their clients and a desire to provide competent and compassionate services with the highest standards of professionalism were the motivating factors that led them to establish their own practice.

We take great pride in advocating for our clients. Our attorneys understand the complexities of the legal system and the judicial process, and that understanding is essential to being effective advocates for our clients. We recognize that the legal matter you are facing has caused a great deal of stress and uncertainty in your life. As our client, you can have the peace of mind that we will work meticulously and strive to achieve the best possible outcome in your case.

Our attorneys represent clients in multiple practice areas, including, but not limited to, the following:

If you think you are facing legal issues in any of these areas, please contact our Landry & Azevedo immediately. It is critical to obtain legal representation as soon as possible to protect your rights and enhance the likelihood of a favorable result in your case.  Our attorneys stand ready to discuss your legal matter today.

Overview
Mario Azevedo is a seasoned trial attorney and co-founder of Landry & Azevedo. Mario has conducted numerous trials in the various courts of Knox and surrounding counties at the state and federal level with a focus on family and criminal law. He is an active member of the state and local Bar and enjoys a reputation for professionalism among both judges and attorneys.

Professional Experience
Mario is a proud graduate of Farragut High School, the University of Tennessee, and obtained his law degree from Florida Coastal School of Law. Prior to launching Landry & Azevedo, Mario was an senior associate of The Adams Law Firm and the Lockridge Law Firm, where he centered his practice on divorce, child custody, juvenile, and criminal law.

Mario and his wife Erin Barnett of WATE Channel 6 News reside in west Knoxville with their year old son Mario III. Mario’s father is a Brazilian immigrant and entrepreneur in the Knoxville area and his mother, Sharon Azevedo, is a retired nurse from Tellico Plains, Tennessee. Mario has three siblings, Andrea, Marcus, and Adriana. When he isn’t working, Mario enjoys exercise, yoga, basketball, cooking, vinyl records, and UT Football. Mario is the twenty five year recipient of a kidney transplant donated by his father.

Overview
Dustin Reed Landry is an active member of the Tennessee and local Bar and has practiced in Knox and surrounding counties for over a decade.  A co-founder of Landry & Azevedo, Dustin has vast trial experience across the courts of East Tennessee, both at the state and federal level, along with extensive experience handling legal transactions.  He has an outstanding reputation among attorneys and judges for his professionalism and strong work ethic.  Dustin’s practice areas include general civil litigation, real estate (litigation and transactional), family law, conservatorships and guardianships, probate and estate administration, wills and powers of attorney, landlord-tenant law, and business entity formation.

Professional Experience
Dustin graduated as valedictorian of Gatlinburg-Pittman High School and was a National Merit Scholarship recipient at the University of Tennessee. He holds both a Bachelor and Master of Arts degree in Political Science from the University of Tennessee with a focus on American Government and International Relations.  Dustin received his Juris Doctor degree from Florida Coastal School of Law in 2007, and while in law school had the opportunity to serve as an intern for the Honorable Thomas A. Varlan, Chief Judge for the United States District Court for the Eastern District of Tennessee, and United States Senator, Lamar Alexander.  Prior to opening Landry & Azevedo, Dustin was a senior associate attorney at The Adams Law Firm and associate attorney at Joyce, Meredith, Flitcroft and Normand in Oak Ridge.   Dustin has also taught numerous courses as an adjunct faculty member in the Legal Studies program at South College in Knoxville.

Dustin resides in Knoxville with his wife, Maria, and his three sons, Jackson, Landon and Beau. When he is not practicing law, Dustin enjoys spending time with his family, coaching his sons’ football teams, playing any and all sports, cooking, fishing and working outside.

If you think you are facing legal issues in any of these areas, please contact Landry & Azevedo immediately. It is critical to obtain legal representation as soon as possible to protect your rights and enhance the likelihood of a favorable result in your case. Our Knoxville attorneys stand ready to discuss your legal matter today.